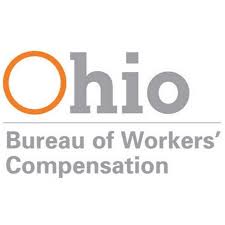 In January, the Ohio General Assembly approved legislation recognizing cancer as a work-related illness for firefighters in Ohio. This presumptive cancer legislation, effective April 6, 2017, allows firefighters with cancer to file a claim for workers’ compensation benefits from BWC.

BWC will presume a firefighter’s cancer is work-related when certain criteria are met. To help us process applications for presumptive cancer claims, we have created a new form (see link below) to help us gather information specific to these types of claims. This form must be completed and submitted along with the First Report of an Injury, Occupational Disease or Death (FROI).

BWC will presume a claim is compensable if the injured worker meets all of the following conditions.

• Worked as a firefighter

• Worked, at a minimum, for six years of hazardous duty, at least part of which must have occurred within the past 20 years

• Has a cancer diagnosis, and is not over 70 years old

After completing the FROI and the presumptive cancer form, the injured worker or his/her representative must fax both forms to 1-866-336-8352, or send them to their local BWC customer service office.

BWC will determine if the presumption applies to claims. The injured worker’s employer/fire department, however, has the right to file a rebuttal of a presumptive cancer claim. Required forms Presumption of Causation for Firefighter Cancer (C-265) First Report of an Injury, Occupational Disease or Death (FROI)

COVID and the WORK PLACE

When is a settlement of a Workers Compensation Claim a good idea?

THINGS TO DO WHEN INJURED AT WORK (Reminders) Copy

Thank you! Your submission has been received!

Oops! Something went wrong while submitting the form